Considerate Boating is the Best Boating

Can’t we all just get along?

Boaters are generally nice people. We wave at other boaters when we pass. If another boat looks like it’s having some kind of difficulty, we stop and see if we can help. Boating is fun, and we always try to operate our boat so that other people are not inconvenienced and are having fun, too.

That being said, it’s always a good idea to review some situations and remind ourselves to be considerate when we’re out on the water.  Here are some reminders of how to be a considerate boater.

At the launch ramp.

Being considerate means preparing your boat before you back the trailer into the water.  Organize your gear and stow all bags and food, untie the ropes, make sure the plug is in place and the engine ready to fire up before you back the trailer into place. That way, you can quickly get the boat in the water and get out of the way for the next boater.

Similar rules apply for those docking in marina slips. Keep your dock area clean and neat: coil the lines, store the electrical hookup, get the buckets on board and stowed neatly. Nobody likes a messy dock and they can also be unsafe.

Fuel dock: in and out.

There are often lines of boats waiting for a space to tie up at the fuel dock. Even if there aren’t, it’s good etiquette to get in and out as fast as you can. Tie up, fuel up, pay up and go. If you need to visit the ship’s store for gear or the clam shack for food, don’t leave your boat at the fuel dock while you shop. Move it.

When operating in areas with lots of traffic, be mindful of your wake and position.  Leave as much extra room as possible when passing stationary or anchored boats: your wake can create havoc.  Know the rules of the road when passing other boats, either from behind or head to head. It’s just common courtesy to leave as much room as possible between boats when overcoming or passing. Give a toot of the horn to let the other captain know you’re coming, and don’t forget to wave as you pass.

Leave plenty of room when dropping the hook. Know the wind direction before you anchor, so you’ll know which way your boat will ride at anchor. Never anchor in a channel. Approach anchorage areas at slow speed (remember the wake!).

Once at anchor, try not to be loud and obnoxious.  Remember: sound carries over water, so keep the tunes turned down and voices moderated, especially at night. 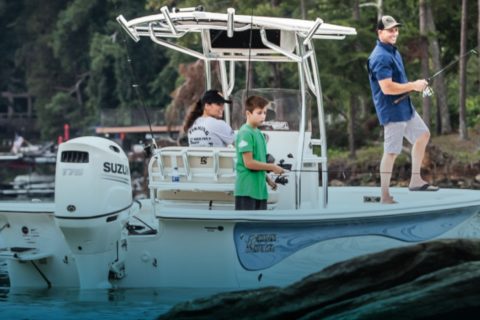 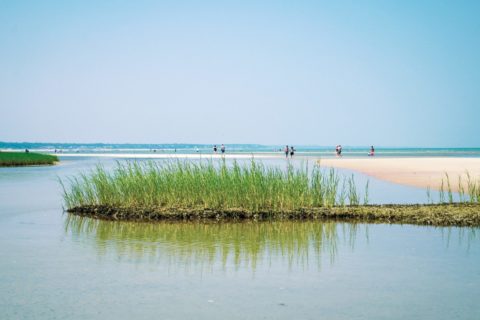 BEACH HO! Where to find your summer sand 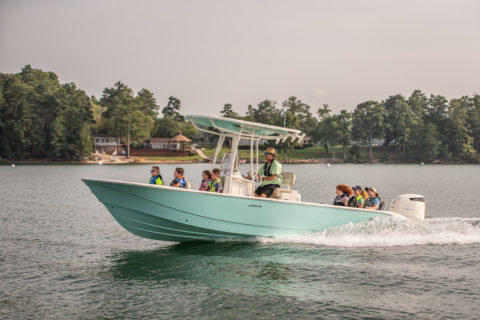